As a youth, Robin Lehman studied painting and worked in graphic art throughout his years in high school and college, studying figure drawing, portrait and landscape painting. When he graduated, Robin went to Paris to study musical composition with the famous teacher, Nadia Boulanger. He had the great honor and good fortune to work with her for the next ten years. Quite by accident, while living in Europe, Robin combined his skills in sound and vision and began to make documentary films. His subjects range from African wildlife to monarch butterflies to sea creatures to hot glass to strange pets to “what's good about growing old?” His films have won over 150 major awards worldwide at most of the major film festivals, in Cannes, Berlin, Chicago, Melbourne, San Francisco, New York and Los Angeles, including two Academy awards and a third nomination and an Emmy.

What about glass? Robin was invited to the Studio at the Corning Museum of Glass where he videoed his young children working with the renowned Venetian classical glass master, William Gudenrath. He was quickly seduced by the wonderful glow and unique properties of hot glass. Over several years, he has videoed many of the most gifted glass artists who taught at Corning, recently completing five videos for The Corning Museum of Glass with Pino Signoretto, Lino Tagliapietra, Mark Matthews, Vittorio Costantini and William Gudenrath. Robin combined all of these videos into Hotstuff, which shows the amazing things hot glass can do!

The first fifteen minutes of this film may be viewed below.
To see Hotstuff in its entirety—purchase it here.

After watching this fantastic hot glass action, it was not long before Robin caught the glass bug himself. Robin now spends most of his time experimenting and creating unique glass paperweights.

Robin explores several different areas in glass. He makes lampworked objects at the torch, melting and manipulating the molten glass into various shapes and sizes. He also uses glass casting techniques and produces many subjects drawn from both his love of nature and his love of art. Robin combines lampworking and casting techniques to produce unique lead crystal paperweights with very small but highly detailed and refined creatures and objects inside. Hardly a day goes by without learning something new and exciting, which makes the creative juices flow! 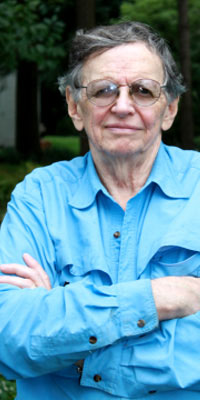